Let’s face it – there’s not a day that goes by where you’re not spending a good portion of it texting with almost everyone in your circle.

You’re sending flirty messages back and forth with the cute guy from the coffee shop down the road, exchanging private jokes with your bestie during that boring meeting at work, and even your parents are texting you to remind you to come over for dinner or wish your Aunt Sue a Happy Birthday, Texting is one of those things we just can’t live without!

But how do you know that you’re getting it all right? Let’s begin this article with a few common questions you might have about texting.

How often should you text someone you’re interested in? 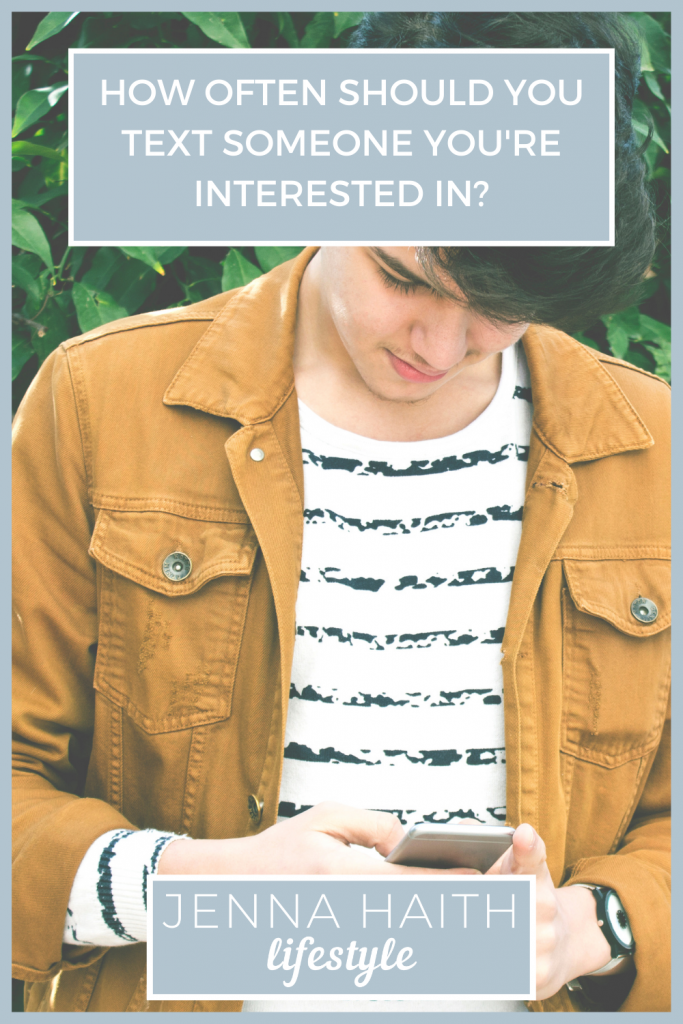 Once you’ve exchanged digits with someone you’ve had your eye on, the text flirtations are sure to start!

Make sure that you’re keeping a good balance between the number of text messages that you’re sending and spending time on other important aspects of your life.

You want to text enough so that your crush knows you’re interested, but at the same time, not let it monopolize your time.

In the beginning, a few flirty messages paced nicely throughout the day will be more than enough to keep the interest going.

How often should you text? 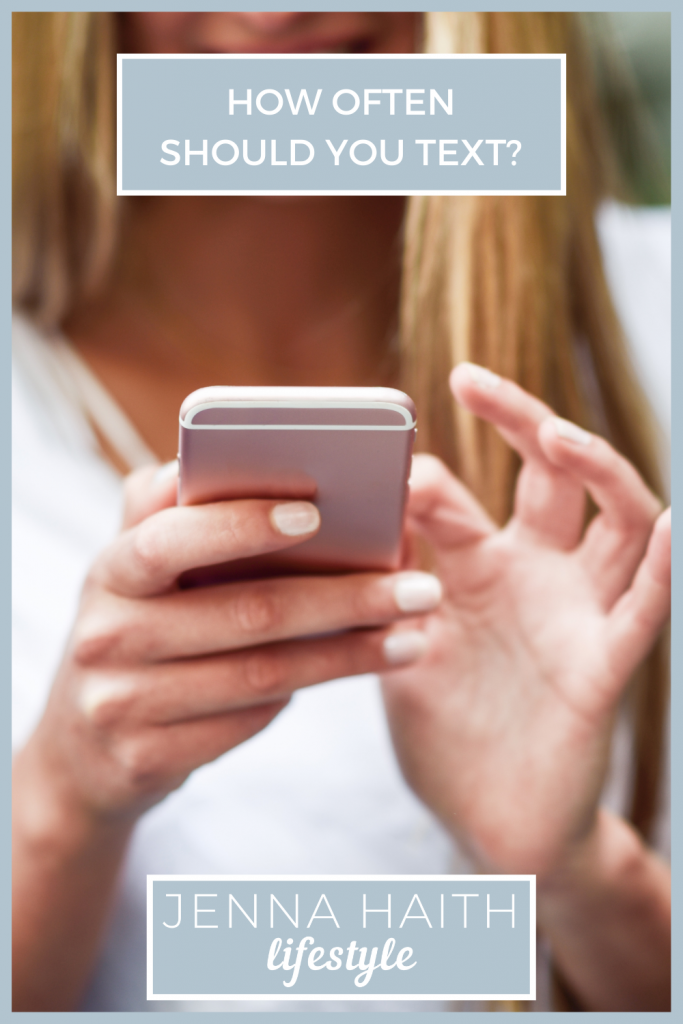 There is no hard and fast rule or answer to this question of how often you should be texting someone. The number of times you text someone throughout the day relies on your relationship with the other person and communication style.

For married couples or those that live together, many times texting is just a few messages spaced throughout the day. If you’re texting your bestie, you could easily get on a roll with a topic and end up texting each the entire day.

Consider how much the other person enjoys sending and receiving text messages and whether text messaging might interfere with their time at work or school before deciding how many to send.

How do I start a text conversation with my crush?

We’ve all probably spent time agonizing over this question. You don’t want to seem too eager when texting your crush, but at the same time, saying a simple “how’s it going?” or “what’s up” could lead to a boring or short-lived conversation.

When starting a text conversation with your crush, start with a topic that connects you both in some way (like a class you have together), and then after a few exchanges, transition that topic into another one that is more fun or interesting.

Sharing your opinion on something is a good way to get this transition going and learn a lot more about your crush in the process!

How not to be boring on text 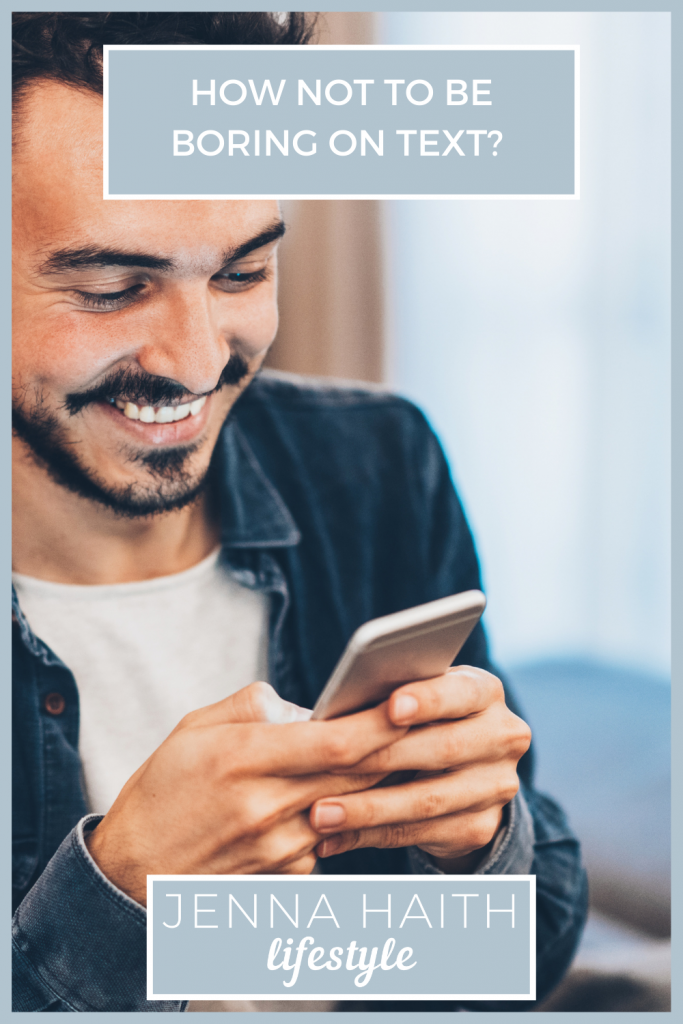 Make sure that you keep the person with whom you are texting engaged and interested in what you have to say next.

You can keep the other person on the phone engaged by making sure that you reply within a reasonable timeframe and avoid using one-word or closed-ended replies. You’ll be more likely to get interesting replies back and keep the conversation going if you do this.

Don’t be afraid to use funny memes, jokes, or GIFs and emojis in your messages. These things can help show your sense of humor and personality!

Now that you’re ready to go ahead and get to texting, don’t pick up that phone until you’re sure you know the most commonly used texting terminology.

After all, you don’t want to be caught having to Google what “bmf” means the next time your crush sends it your way.

Here are 20 popular texting terms and phrases that you’ll definitely want to commit to memory.

What does tyg mean in texting? 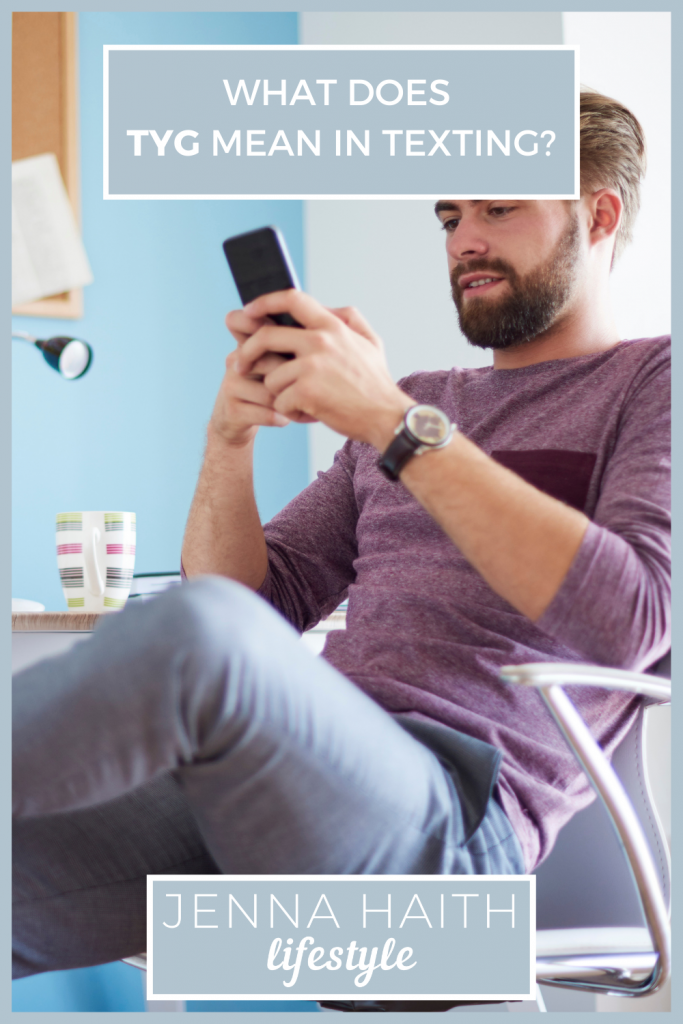 When someone says “tyg” it means “there you go.” Use it right before sending a photo or other requested information.

What does wsp mean in text? 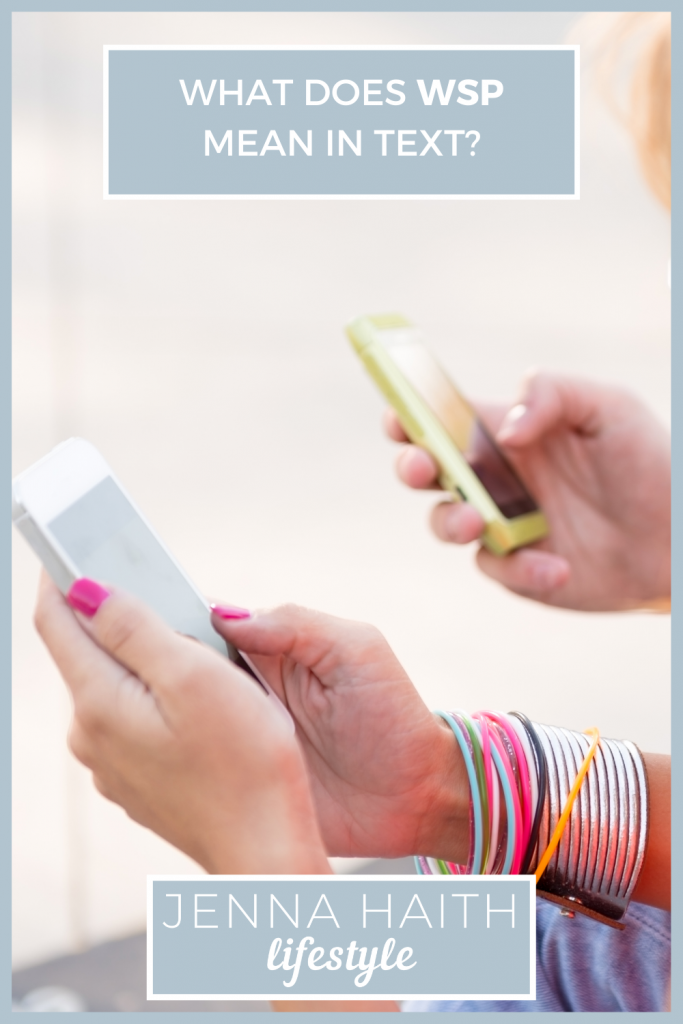 Some people might be asking, “what does wsp mean on snapchat?” If someone says “wsp,” they are asking you “What’s Up?” It is also often used to refer to the WhatsApp messaging app as well.

What does wte mean in text? 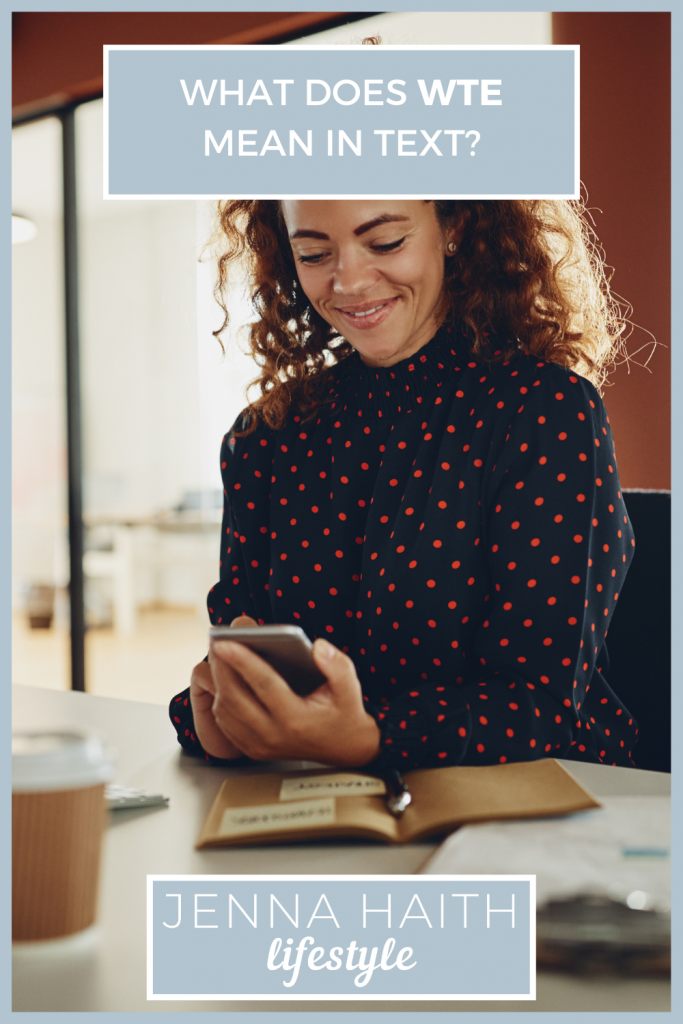 The phrase “wte” is popular in texting and Snapchat to mean “whatever.”

What does wym mean in text? 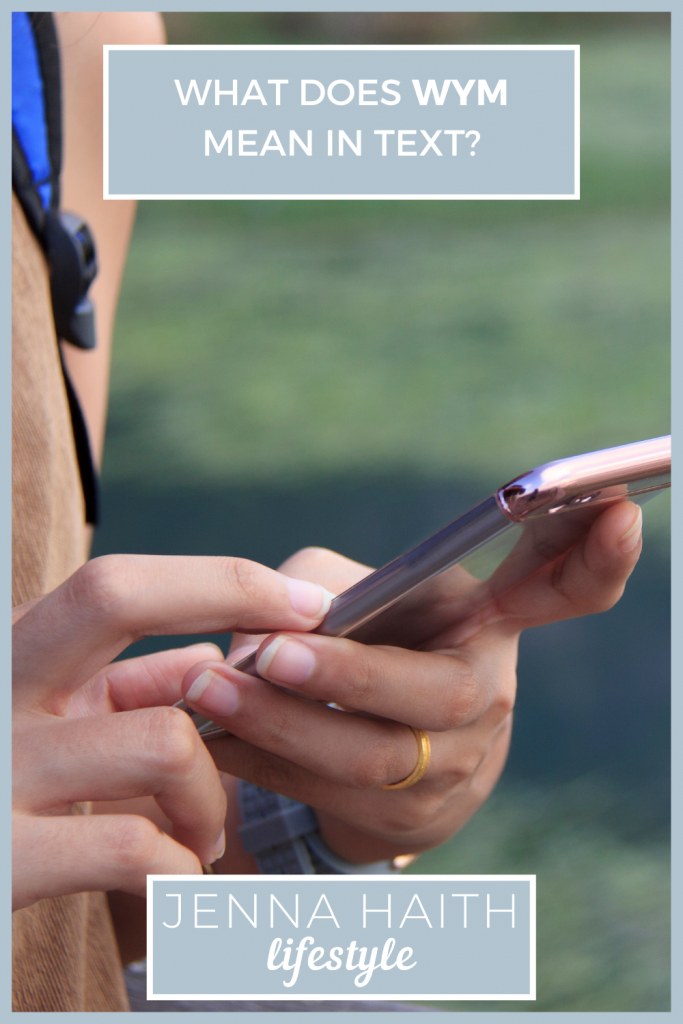 Use “wym” to ask another person “What you mean?” It means you want them to further explain what they just said.

What does yh mean in texting? 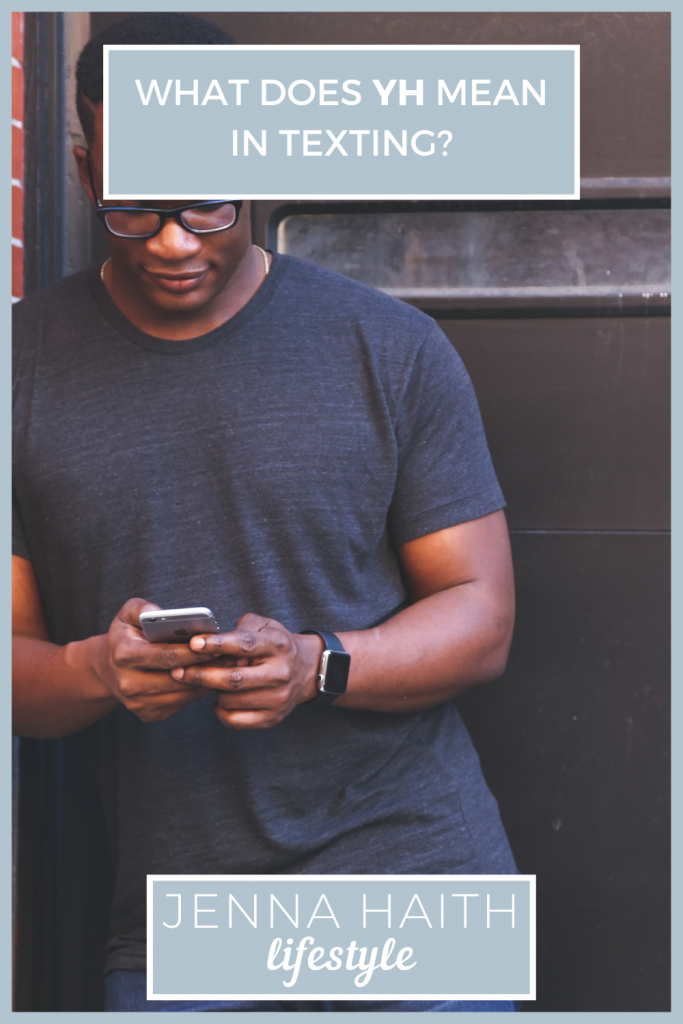 The abbreviation “yh” is a quick way of saying “yeah” or “yeah-huh” or simply “yes.”

What does abs mean in texting? 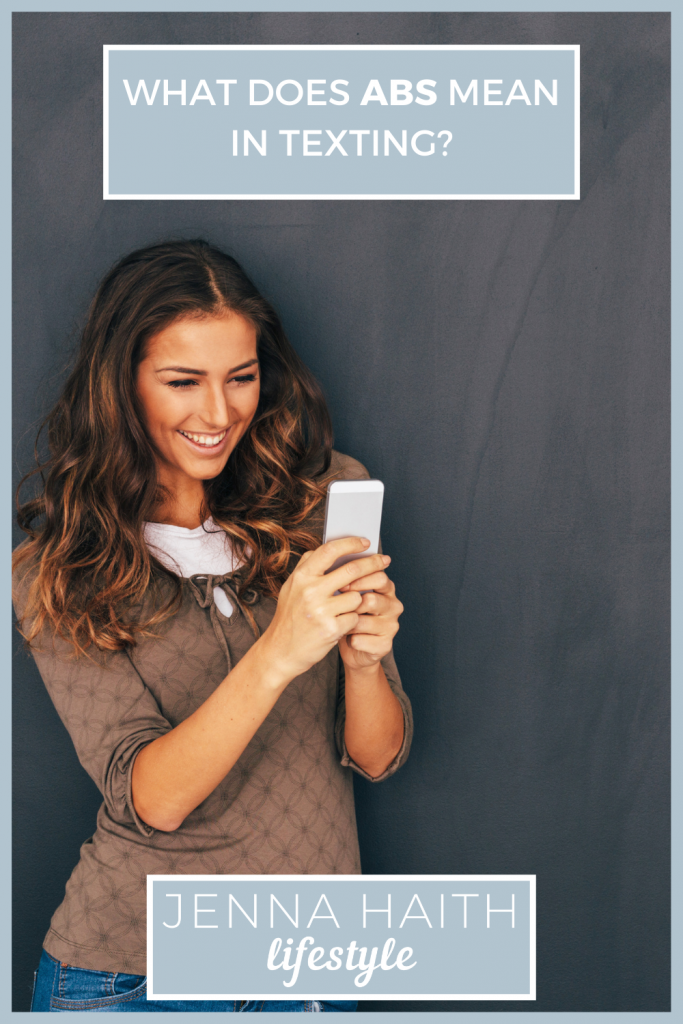 In texting, “abs” is the shortened form of saying “absolutely!”

What does asf mean in text? 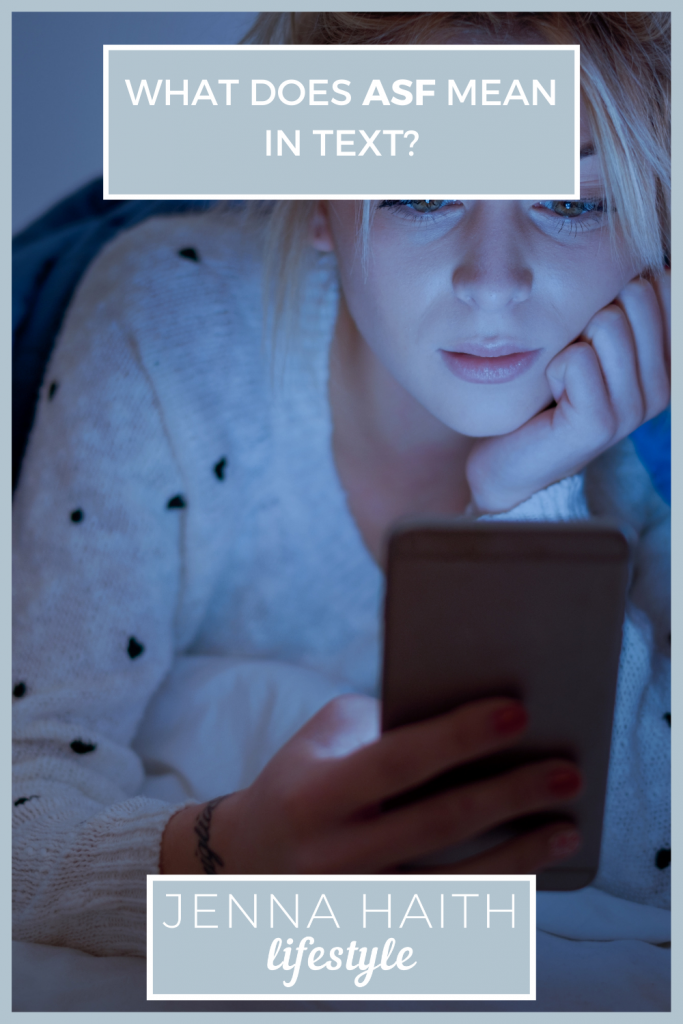 The acronym “asf” stands for “as f**k,” and is a slang way of implying “extremely so.”

What does bmf mean in texting? 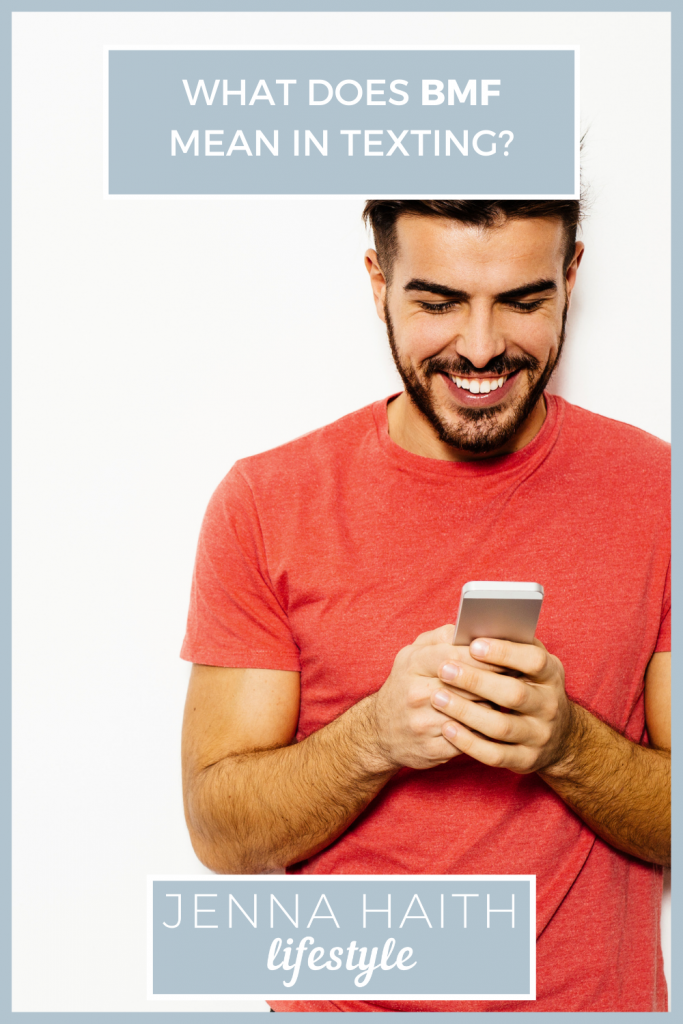 “Bmf” is the simple abbreviation for “be my friend.” If your crush sends you this one, don’t confuse it with “BMGF” or “Be my girlfriend.”

What does byt mean in texting? 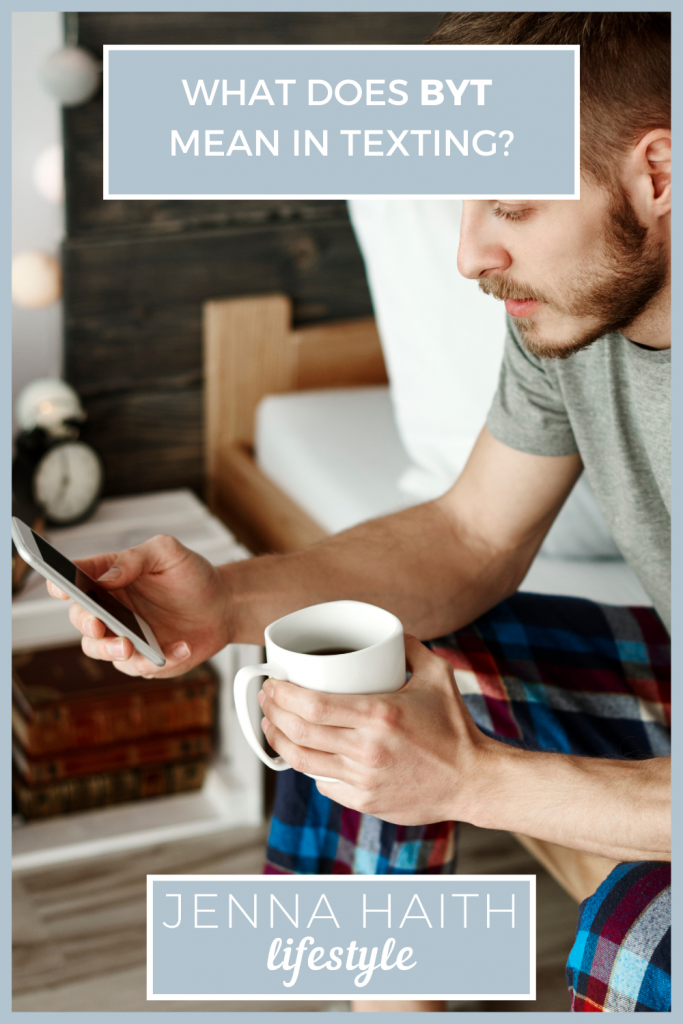 “Byt” can either mean “before your time,” or “bright young thing,” so it is important to look at the rest of the conversation to figure out context.

What does cyph mean in text? 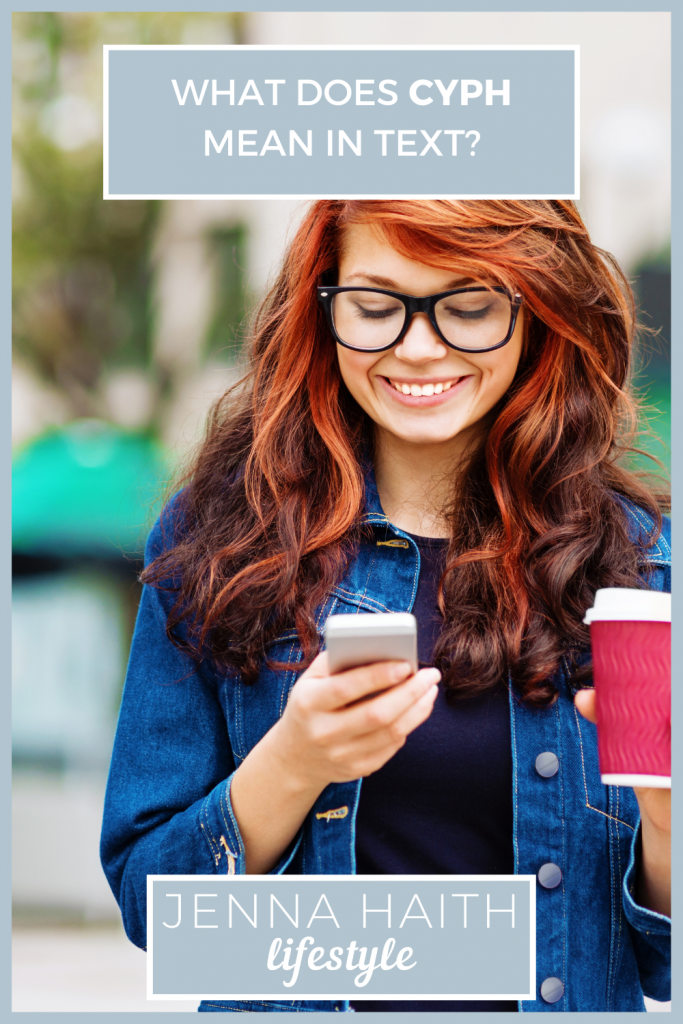 When used on texting and Snapchat, “cyph” is another way of saying “to share a smoke.”

What does dwu mean in texting? 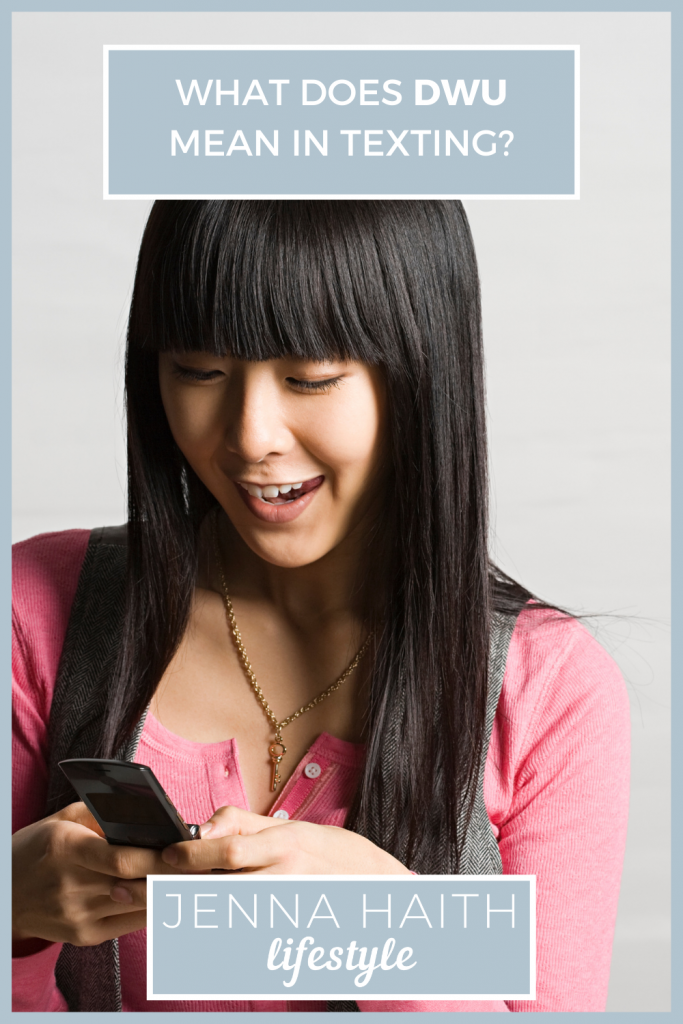 So what does dwu mean in text?

If someone says “dwu,” they are telling you “don’t wait up!” You should continue on your way.

What does fr mean in text? 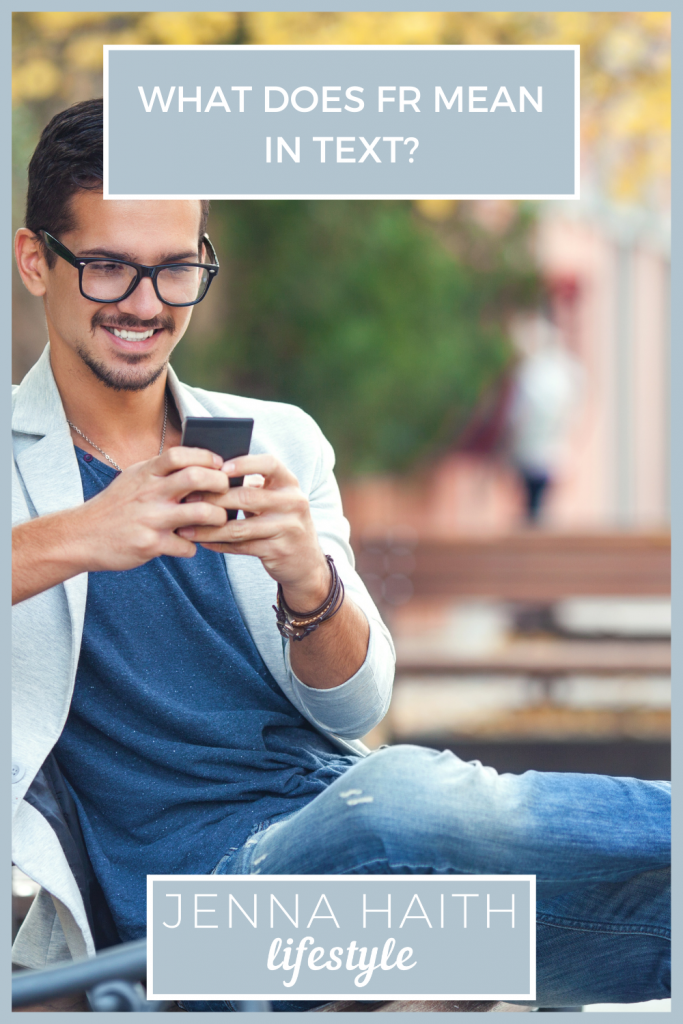 “Fr” is a quick way of saying “for real?” and indicating that you have disbelief in what the other is saying or without a question mark, expresses that you agree with what the other texter said.

What does fs mean in texting? 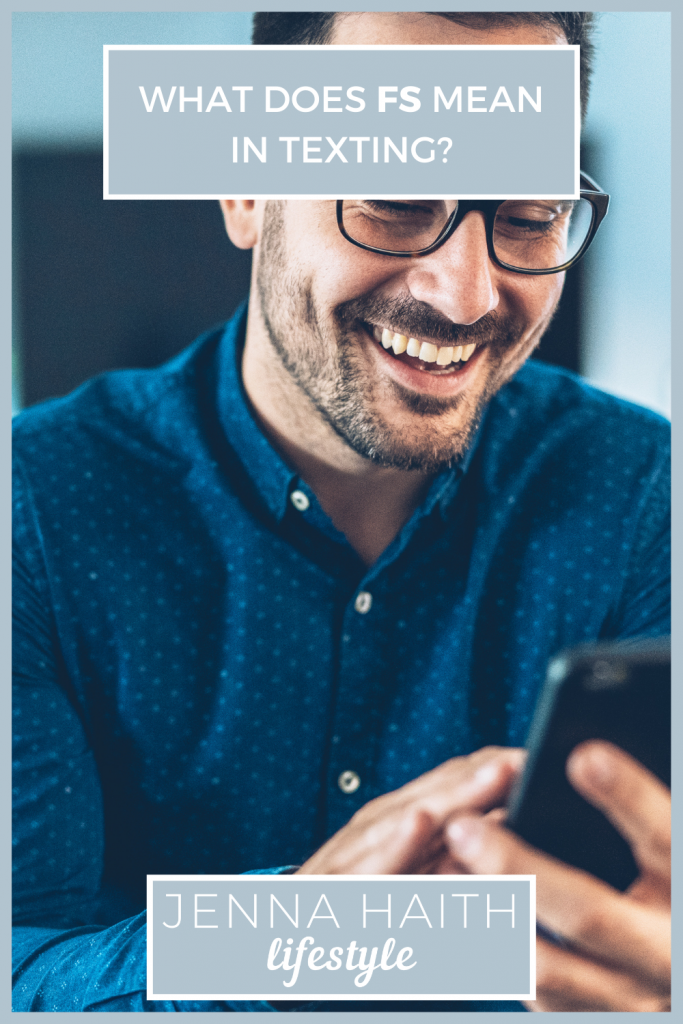 Similar to “fr,” the acronym “fs” means “for sure.” It can also be meant as a question or a statement of agreement.

What does hyw mean in text? 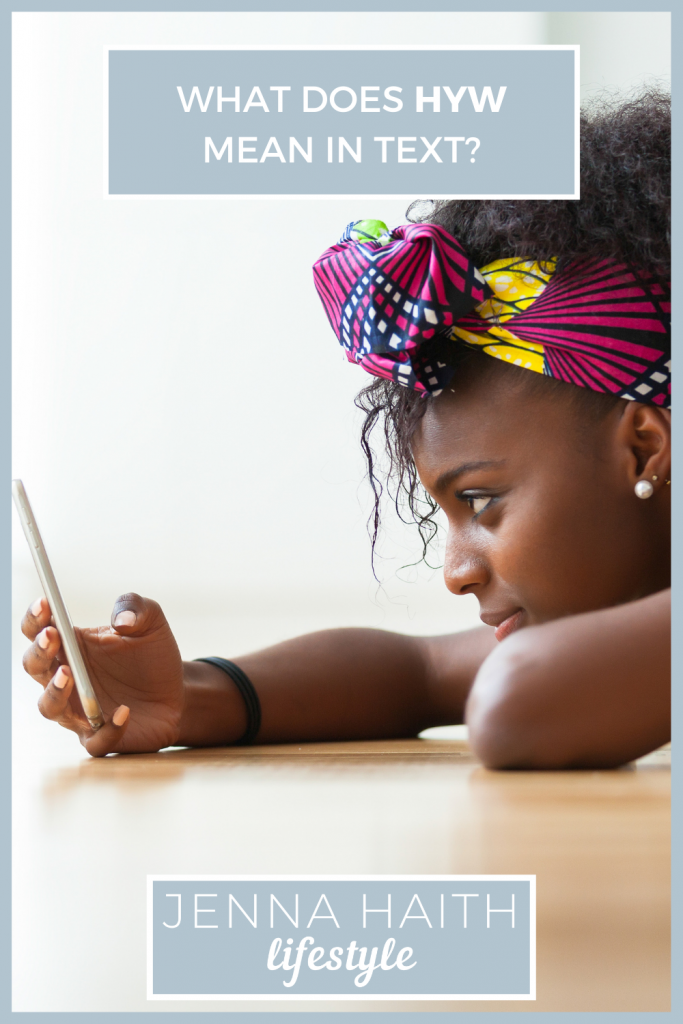 What does imy mean in texting? 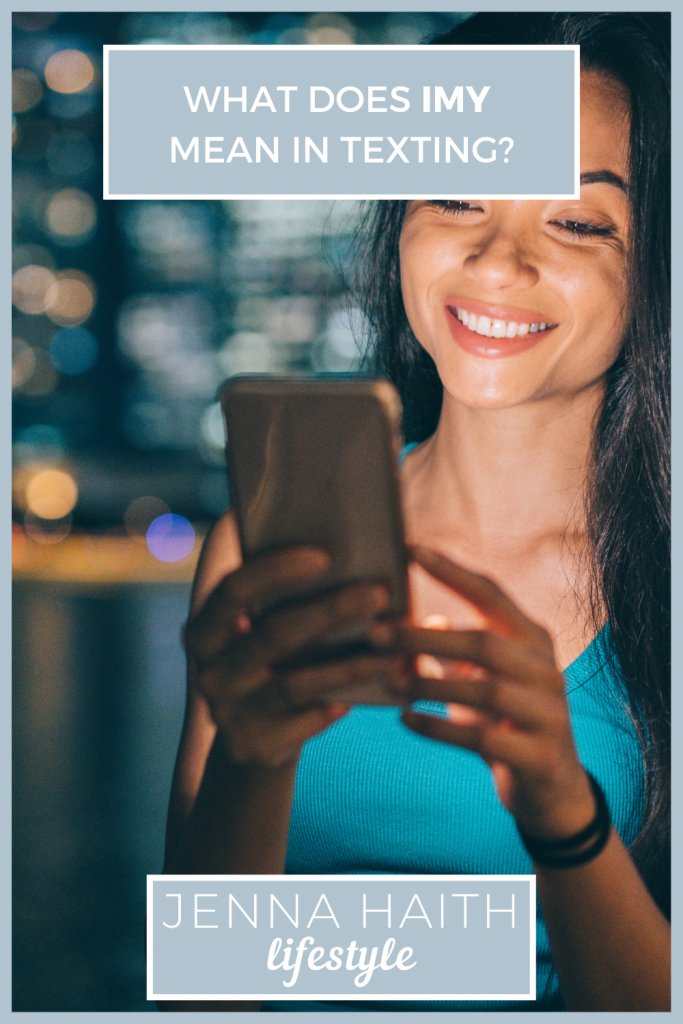 If your crush says “imy,” he or she is saying “I miss you!” and you should definitely respond right away.

What does isk mean in text? 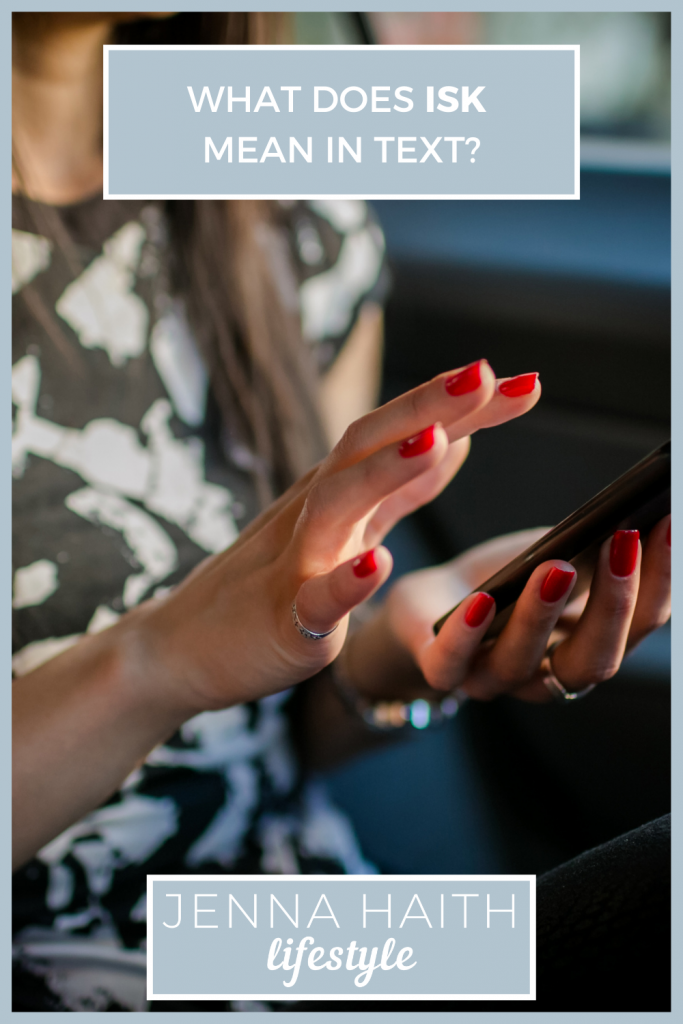 “Isk” is the shortened form of saying “Inter Steller Kredit,” which refers to the online currency of the role-playing game EVE Online.

What does jp mean in text? 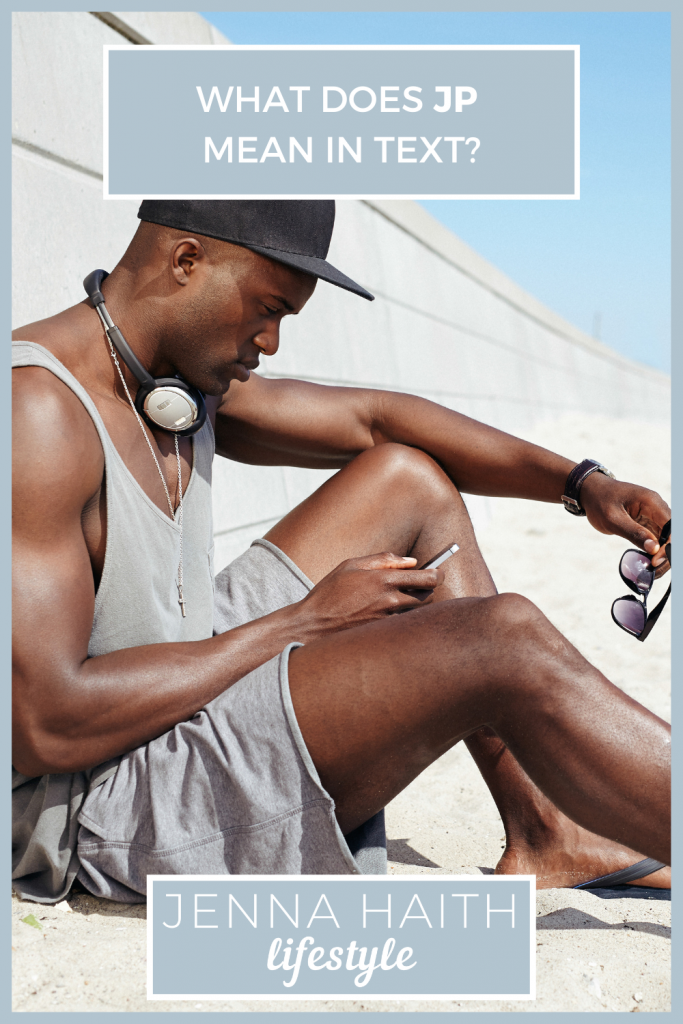 The acronym “jp” is similar to the well-known acronym “jk” (just kidding). “Jp” means “just playing” and would be used to also imply that the statement was a joke.

What does opt mean in text? 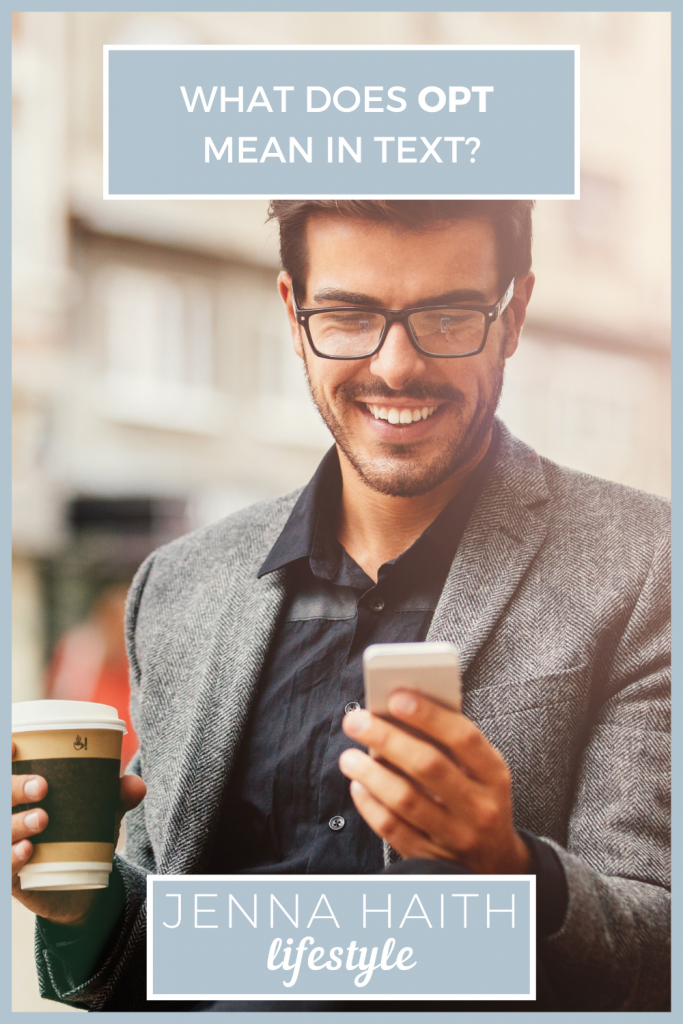 The acronym “otp” can mean either “one true pair” or “one trick pony.” The rest of the message will indicate which one fits best.

What does tm mean in text? 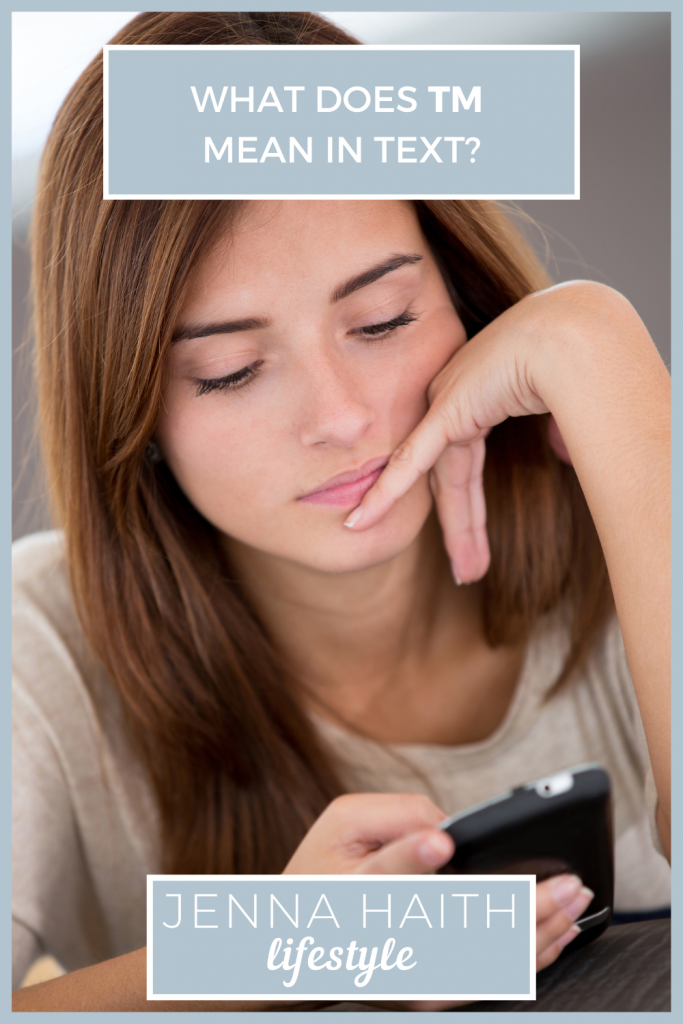 “Tm” can have multiple meanings in text messages and can stand for “trust me,” “too much,” or as a shortened form of “tomorrow.”

What does wdt mean in texting? 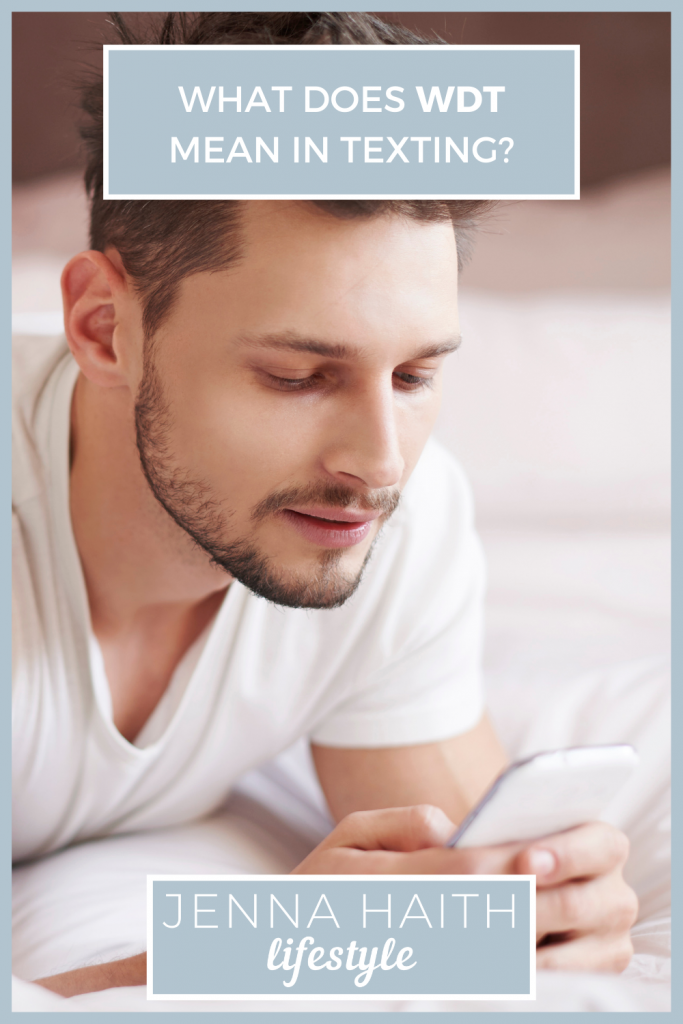 I hope you’ve enjoyed this article and that you’ve learned some new terminology you can put to use right away. Now go text your crush and feel confident!

Have you heard these acronyms used in other ways not listed here?

Share your thoughts and ideas below in the comments. I love hearing from you!

I am on a juice craaaze right now you guys!! I am

Obsessed with my “Jenna” name necklace! These

[EXAMPLE ANSWERS] What Are You Looking For In A Re

Sometimes the camera takes an action shot for you

August is here ladies and gents! For some of you t

coulda had a rockstar 👏👏 @charlidamelio @hud

Vistas 🤩🌊 are you more of a pool person or o

I’ve got a passion for travel and laying out by

One of my favorite summer cocktails is a Frozen Mo

Kisses for the weekend 😚 what fun plans do you