Living With Your Parents After College

26 May Living With Your Parents After College 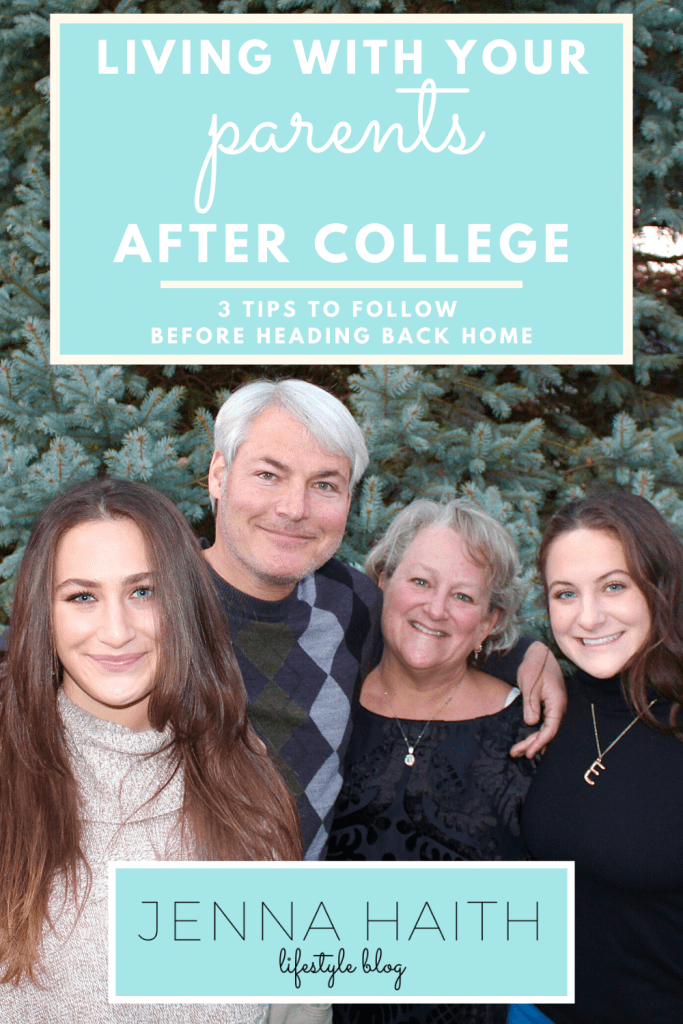 Living With Your Parents After College

So you’ve graduated college (Congratulations!) and are now living your best life in your own place with a brand new car and a successful career.

That’s not how the story went?

Let’s get back to reality, shall we?

Ever so often I hear millennials and Gen Z’s say, “Yeah, I still live at home with my parents..” with a tone of awkwardness and sadness.

We’ve been conditioned to believe that right after you graduate college, you’re officially a “real adult” and should have your own place, a good job and a stable relationship (HA!).

Well, sorry to be a ~ Debbie Downer ~ but that’s just not realistic anymore. At least not in this day and age.

I moved back home after graduating college (The University of Kansas – Rock Chalk!) and I can honestly tell you that when I graduated, moving into my own place was not even on my list of priorities.

Actually, Adam from Workaholics, it’s not a “Whoopsies” because according to the Wall Street Oasis, people tend to move out of their parents’ house by ages 25 and 26.

That’s 3 to 4 years at home after graduating college at 22 years old.

The main reason recent grads move back home is because of student debt. Ah. Gotta love it!

However, lots of ~ young adults ~ (lol) move back home so they can start saving money, build their credit ratings and/or start saving for retirement. Woot, Woot!

Alright, let’s move on now that we’ve got the statistics out of the way and are feeling better about ourselves.

So, you’re living at home. How’s that been going for you so far?

Well, I can tell you my experience. It’s been hard.

I mean, imagine going from living alongside thousands of other kids your age with infinite freedom and privacy to living back at home with your parents wondering where you’re going 24/7.

You guys. It’s definitely an adjustment FOR SURE.

Since I’ve been living at home for almost a year now post-grad, I’ve begun to curate a list of tips y’all NEED to follow before officially moving back to Mom and Dad’s and house.

Here are my 3 tips to follow before heading back home:

That’s right. Sit your ‘rents down and have a chat with them about what you both will expect from each other.

It’s not like they will allow you to be out every night till 1AM like you’re used to, so talk about curfews.

Speaking of being out.
Ugh. Look at us. Drinking the day away and catching some rays.
Not a care in the world. College, man. 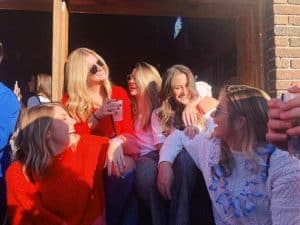 Anyway, what were we talking about? Oh yeah. Rules.

Alright, maybe during your talk with your parents you bring up cooking and food.

You might need to contribute by making a meal for the family one day a week (Come on. It’ll be fun!).

What about chores? Laundry, etc.. This way, in the future, you have rules set and the best part is, you helped write them.

And that’s a good thing. Mwahahaha.

This can be a hard topic to talk about. Especially if you don’t have a full-time job yet.

However, your parents will expect you to pay rent in some form. Maybe that’s doing extra chores around the house or yard.

Am I gonna put a Mrs. Doubtfire gif in every one of my blog posts, now? IDK.

For my house, the “doing extra chores” didn’t cut it for my parents.

They decided to charge my siblings and me rent ($$$) to stay at home.

However, this only started about about 3 months ago.

Yes, of course I thought it was a bit unusual and unfair at first but then realized that times have changed now, considering we started paying when the ~ the rona ~ hit America.

Anyway, it is what it is. I can understand why contributing to the house makes more sense now than ever before.

So, talk to your parents and figure out a way you can pay them for living at their house.

3. Set your move out goal

You are eventually going to have to move out of your parent’s house, so make sure to set an attainable goal.

Maybe a year, maybe two years. Maybe it’s whenever you have enough money saved up.

A friend of mine told me that you should start thinking of when and where you want to move – sooner rather than later.

This is because it might be too late when you want to try to find roommates to live with.

Those roommates could have already found their house mates, signed a lease and are comfortable with the people they live with now.

Start thinking of some potential roommates and reach out to them.

In the end, you’ll have to make compromises.

Probably a lot of them when you move back home. But it’s okay.

Chances are, there is someone out there that probably had the exact argument you just had with your Mom or Dad.

In conclusion (Woah, why so formal? lol), if you are a recent graduate, like me, and are still living with your parents, it’s totally NORMAL.

It’s better to have a year (or two or three) to get your life in order before adding on more stress, which finding a place to live and fending for yourself can definitely do!

❤️🤍💙 i hope everyone had a wonderful jul

my mood during... ⇨ a series