You might have heard of the term “manifesting” or “manifestation”. You might have even heard your friends talking about how they manifest with crystals.

But what do these terms really mean and how can you start using them to get what you want?

Some may say that crystals have the power to manifest our dreams. Well, to their point, it’s actually true!

Back in the olden days, people use to use crystals to help heal others, either physically or mentally.

There are many types of crystals with different properties that can help heal, attract love, gain wealth, and more.

With that being said, you can use manifestation to help reach your goals, wants, and desires.

Let’s start with the basic terminology: 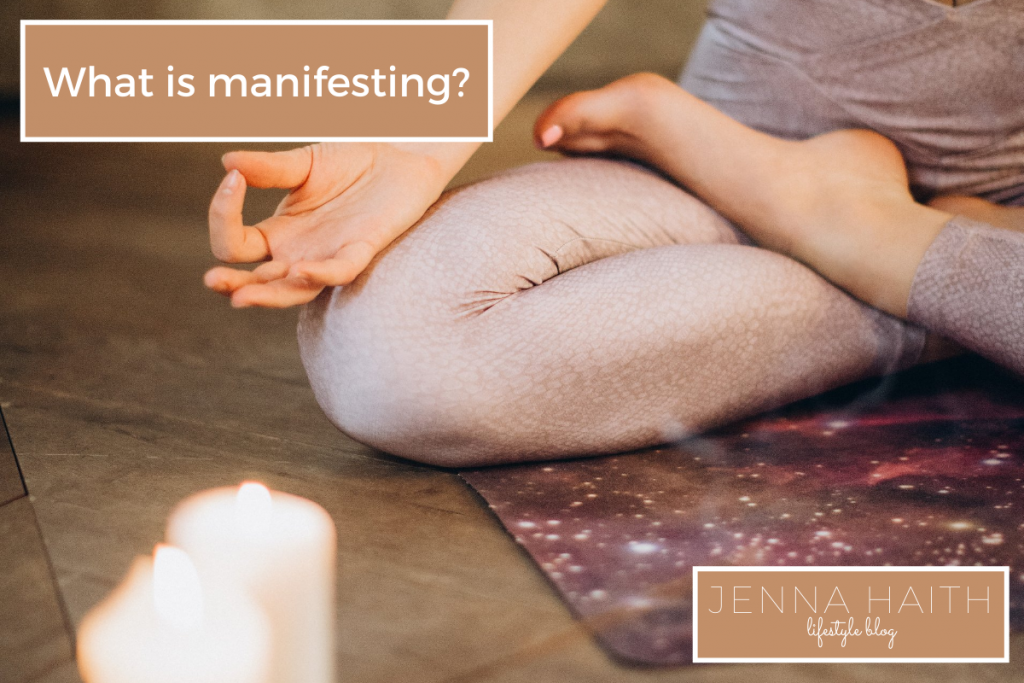 Manifesting is creating your desired outcome through the power of your thoughts and emotions.

It is the physical realization of your dreams and goals.

Manifesting is often described as the law of attraction, which is the belief that you can create anything you want in life by focusing on it with positive emotion.

The quote, “In order to manifest it, you must first believe it is possible” is my favorite quote about manifesting because it is so true!

You have to believe in what you are manifesting can actually happen in real life.

Is manifestation a sin?

No, manifesting is not considered a sin.

Is manifesting money a sin?

No, manifesting money is not a sin.

No, manifesting is not bad. People use the manifestation ritual all the time to help heal or reach their wants and desire all the time.

Manifestation is not considered a dangerous technique.

People use manifestation to help clear their minds and can actually help lower instances of depression because of the positive aspects that come out of manifesting.

How do I manifest? 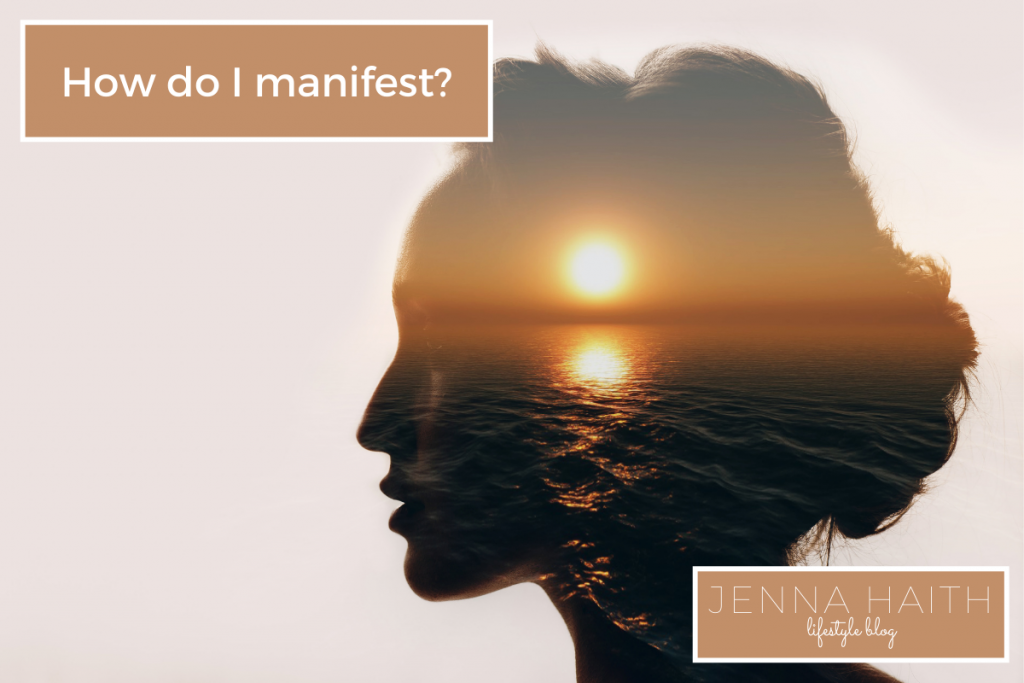 The first step to manifesting your desire is to get clear about what you want. You need to be specific and visualize what you want in great detail.

The second step is to put all of your focus on feeling good about what you want, rather than on why it hasn’t happened yet or how difficult it may be to achieve.

When you focus on the positive aspects of what you want, you send a powerful signal to the universe that you are ready for it to be delivered.

The final step is to trust that the universe will provide what you desire and to stay positive and patient while it does.

You can begin manifesting through affirmations, meditation or simply visualizing your dreams coming true.

Learning how to manifest could be the first step in a manual for manifesting your dream life.

How to manifest on paper

Manifesting good luck and wealth are popular techniques when it comes to manifesting. If you are interested in manifesting money, check out this article on Best Crystals For Manifesting Money.

There are lots of ways to manifest a love interest.

Check out this article on How To Use Crystals For Manifesting Love.

Studies have shown that manifestation can actually be beneficial to your overall well-being and mental health.

The Mayo Clinic states that it can lead to lower instances of depression and better-coping skills during stressful situations.

Learn how to manifest a boyfriend.

How to manifest with crystals 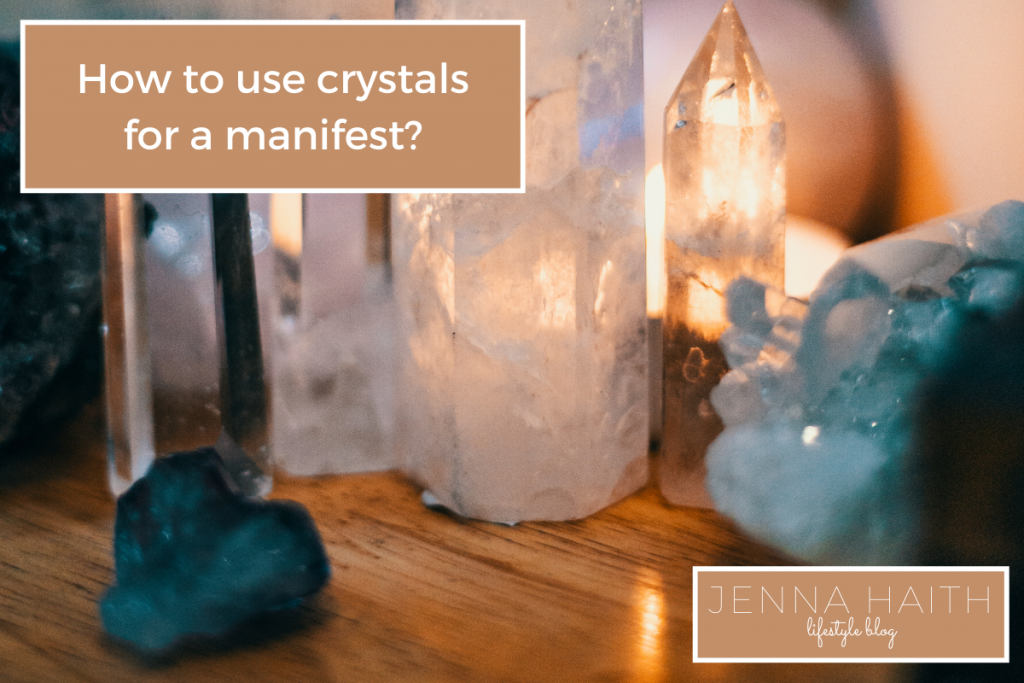 Crystals are one of the most popular tools for manifesting because they help to amplify your thoughts and intentions.

Many crystals can help manifest but some of the most popular ones include Clear Quartz, Rose Quartz, Citrine, and Amethyst.

The following are ways for how to manifest with crystals:

To use crystals for manifesting, hold them in your hand or place them around your home or office. You can also carry them with you or wear them as jewelry.

Focus on your intention for manifesting and allow the crystals to help amplify those thoughts.

There are many manifesting books but one of my favorites is the book called Manifesting Crystals for Beginners – it’s a great read for those wanting to start using manifestation techniques with crystals in their life.

Check out this article if you are interested in learning about crystals for manifesting.

What does 555 mean in manifestation?

The number 555 in manifesting is actually a special angel number. The 555 angel number means carries the energies of change, transformation, and new opportunities.

If you begin this 555 angel number frequently, it might be a sign that your angels are trying to tell you that something important is coming or a big change might be coming your way soon and to prepare.

What are angel numbers

Angel numbers are believed by some to be messages or signs from the spiritual or celestial realm, specifically from angels or other higher beings.

People who believe in angel numbers believe that these numbers appear to them in a variety of forms, such as on digital clocks, license plates, or other random places, as a way of communicating messages or guidance.

There is no scientific evidence to support the existence of angel numbers or the belief that these numbers carry special meaning.

However, some people find comfort or inspiration in the belief that they are receiving messages from a higher power or source of wisdom.

There are many different interpretations of what specific angel numbers mean, and these interpretations can vary depending on the individual’s belief system and personal experiences.

Some common interpretations of angel numbers include:

Again, it’s important to note that there is no scientific basis for the belief in angel numbers or the specific meanings attributed to them.

If you are interested in learning more about angel numbers or other spiritual or metaphysical concepts, you may want to do some research or seek guidance from a qualified coach or mentor.

Manifesting is not just throwing your desires out into the universe with no direction or effort. Instead, it requires action, which will help bring about the changes we want.

Manifesting is all about creating a positive energy flow and allowing the universe to help you achieve your goals. Manifesting will enable you to control your life by controlling your thoughts and emotions.

If you’ve tried manifesting before, either with or without crystals, don’t be afraid to share your experiences and what has helped you manifest your goals and desires.

Until next time…
Cheers Lovelies!